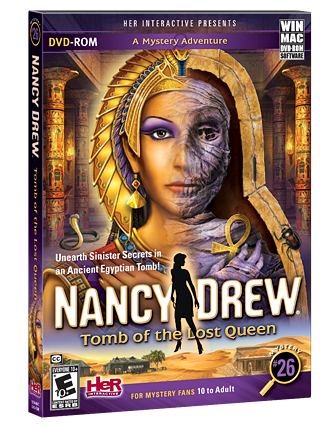 Nancy travels to a Kingston University archaeological dig site in Egypt, where the tomb of an ancient Egyptian queen has recently been discovered. The site is rumored to be cursed, due to the increase of suspicious accidents. As an amateur detective, Nancy attempts to discover who is really behind the so-called accidents.

Add a photo to this gallery
Retrieved from "https://nancydrewpc.fandom.com/wiki/Tomb_of_the_Lost_Queen?oldid=5160"
Community content is available under CC-BY-SA unless otherwise noted.